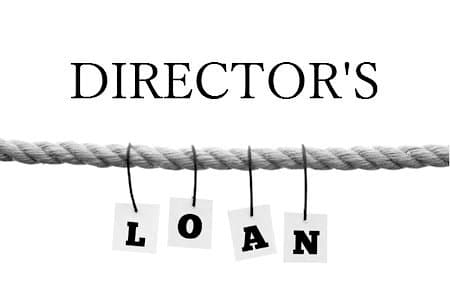 Loans to employees and directors are frequently used by employers as part of their staff remuneration arrangements. An overdrawn director’s loan account, however, could potentially lead a real cause for concern, particularly in the context of a company entering insolvency.

We are leading experts specialising in relation to Overdrawn Director’s Loan matters. Our experienced City of London solicitors and barristers regularly assist directors who are being pursued by Liquidators on behalf of Companies. Just click here to complete our online contact form or for a free initial telephone consultation with a qualified lawyer call 02071830529.

In simple terms, a director’s loan account is a record of transactions between a company and its directors aside from:

If you are a company director, you may have a director’s loan. A director’s loan account can be considered as being at a zero level in the circumstances where no monies have been removed from the company. Directors may also choose to put their own money into a company in order t cover the companies’ expenses or costs in respect of purchasing specific assets which would lead to the director’s account being in credit. In this situation, the director is a creditor of the company.

The complexities arise once a director’s loan account becomes overdrawn.

An overdrawn director’s loan account is a situation whereby a director has taken money out of the company that is not classed as a dividend, salary or an expense repayment and the said figure exceeds any money that the director has put into the company. These overdrawn amounts are considered ‘assets’ on the balance sheet of the company until they are repaid.

A director may borrow from his own company provided that the company is not suffering financial difficulties and more importantly, the specific rules set out in the Companies Act 2006 and the company’s articles of association have been followed.

What does the legislation say?

The Companies Act 2006 liberalised the law on a company lending money to its directors and, most importantly, dropped the criminal penalties if these rules were broken. Directors are now able to borrow money from their companies and other similar transactions are now permitted if shareholders have given their approval.

(a) make a loan to a director of the company or of its holding company, or

(b) give a guarantee or provide security in connection with a loan made by any person to such a director,

unless the transaction has been approved by a resolution of the members of the company.

The shareholders must approve loans over £10,000 (but less than £50,000) and the directors will need to agree to the loan terms such as the term and any interest charged. Unless the loan account is in credit (or has shareholder approval), then a company director who has withdrawn money from the company acts unlawfully (section 213, Companies Act 2006). Like any other debt owed to the company, the overdrawn loan account is recoverable by the company.

What happens if the company goes into Liquidation?

In the circumstances where the company enters into insolvency, liquidators are appointed to settle whatever debts they can on behalf of the company. The liquidators view an overdrawn director’s loan account as an asset to be pursued and may take legal action in order to seek repayment of the overdrawn director’s loan account for the benefit of the creditors.

It is important to note that a director may be attacked with misfeasance in the circumstances where they have not acted in the company’s interests (e.g. if they cause the company to lend them money at a time when the company is struggling financially). Any subsequently appointed liquidator may, therefore, bring an action against the director under section 212 of the Insolvency Act 1986 IA 1986.

If the liquidator’s section 212 claim is successful, any sum awarded against the director by the court cannot be set off against a debt due to him from the company (Re Anglo-French Co-operative Society Ex p Pelly (1882) 21 Ch D; Manson v Smith (liquidator of Thomas Christy) [1997] 2 BCLC 161).

We provide a no-cost initial case review to establish whether or not we can help you. We are a specialist City of London law firm made up of Solicitors & Barristers and based in the Middle Temple Inns of Court adjacent to the Royal Courts of Justice. We are experts in dealing with matters surrounding insolvency in particular issues. Our team have unparalleled experience at serving statutory demands, negotiating with debtors/creditors, setting aside statutory demands and both issuing and defending winding up petitions vigorously at the Royal Courts of Justice (Rolls Building), or the relevant High Court District Registry or County Court with jurisdiction under the Insolvency Rules.